DANCING IN THE RAIN

Together with the Pfadfinderei collective we created an interactive media facade installation in Sao Paulo / Brazil. We´ve been invited to participate in the “Brasil-Alemanha: Culturas Conectadas” project that deals with german and brazilian cultural aspects in a connecting manner. Coming from a quite critical point of view, regarding nation and nationalal identies, we tried to cook this set up down to very climate specific characteristics.  What is german and what is brazilian can´t be answered. But how´s the wheather here and there is a proven thing. So we mixed virtual german rain and real brazilian climate in an interactive concept. 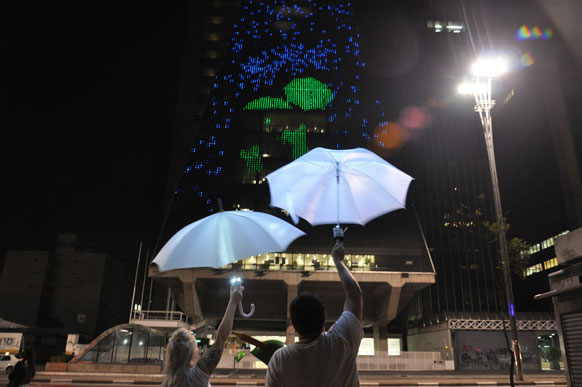 People on the streets are given illuminated umbrellas. These wearable  light screens can be waved and work as tangible interfaces to interact with the facade. On the very low-res facade screen a pixel rain and lightstorm is going on an the pixel drops roll off the included images of the umbrellas. Crossing the umbrellas on the facade results thunders and lightnings. Colours change constantly. 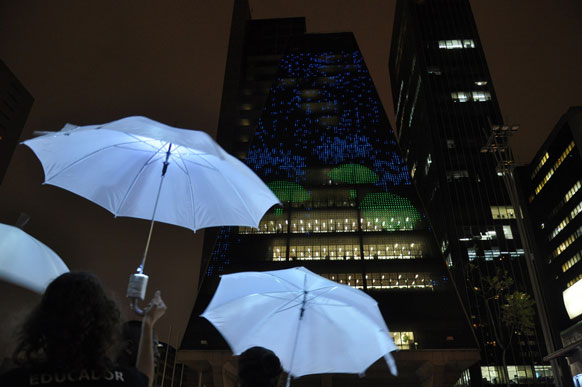 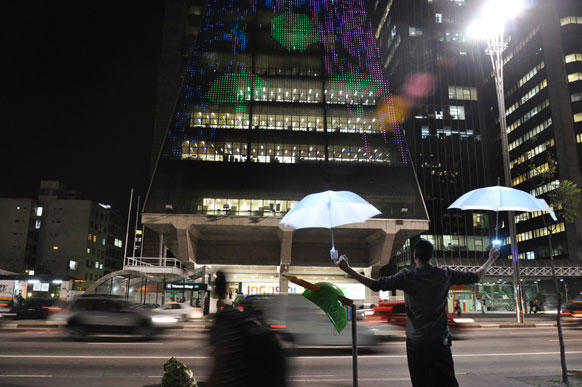