SOME BOOK AND MAGAZINE FEATURES

A lot of books featuring some work of us had been released over the last years. We just briefly flip through them to give a short overview.

We start with a release by gestalten called “Precursor, the creativity watchlist” featuring a colourful range of interactive, graphic and several off topic projects from art and design. One of the editors is Jan Middendorp who was joining our office for quite a year. The SMSlingshot is listed in the field of code. 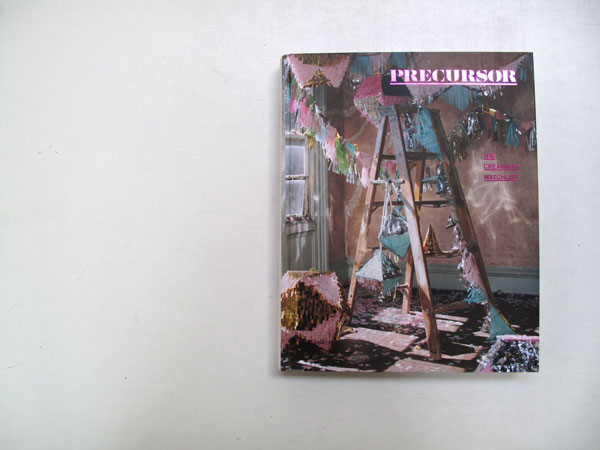 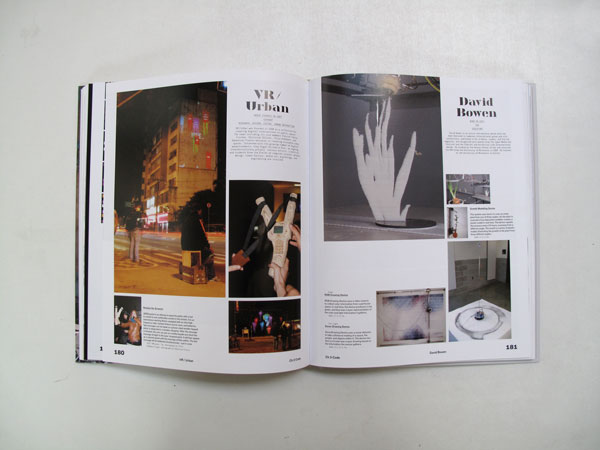 Early in the year 2011, gestalten editors published the book “touch of code” which features a wide range of projects an friends from the field of interactive installations. Siren, Daniel, the Facadeprinter boys, trikoton, all are in! Feels very home! 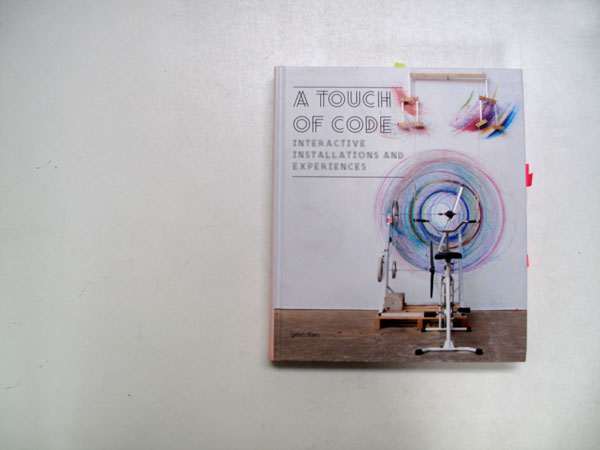 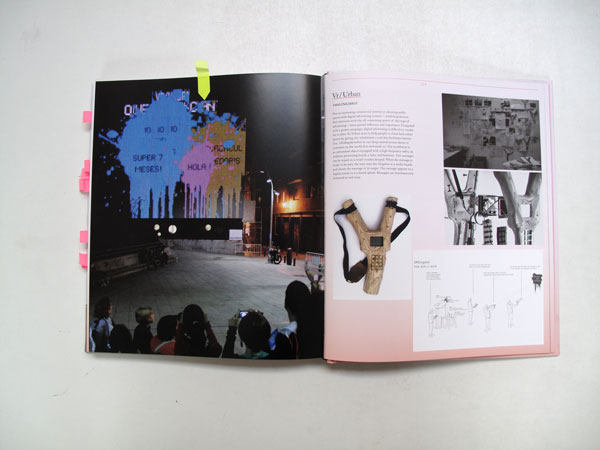 Here is a post to the article we wrote for weave magazine last year. It´s about our manifesto “act on hybrid estates“and describes the design process of the SMSlignshot. 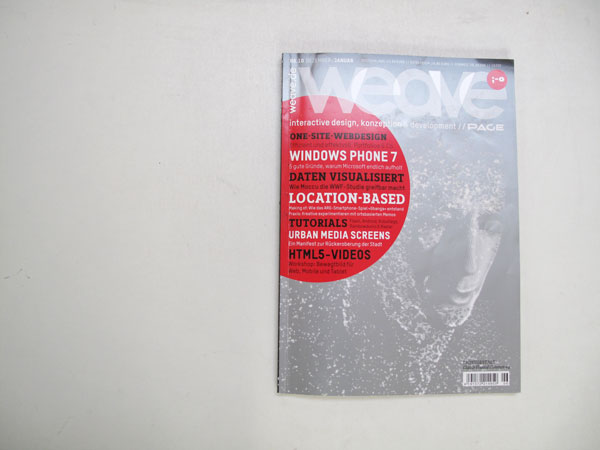 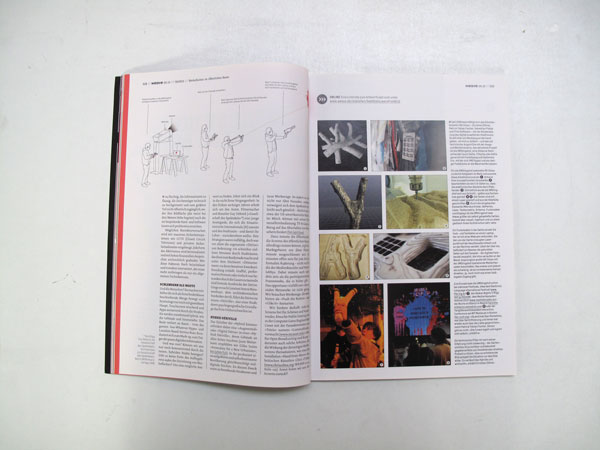 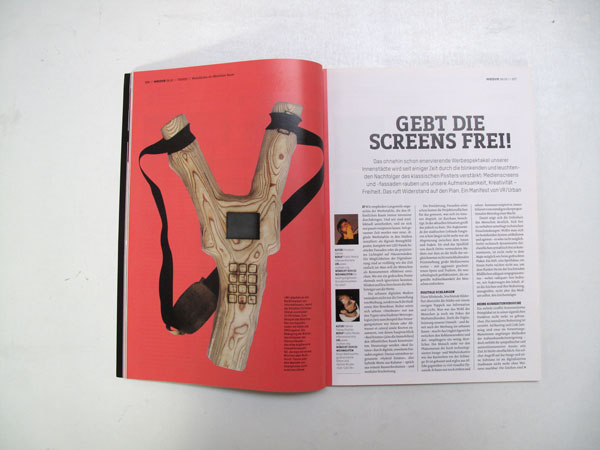 And last but not least the catalogue of the current MoMA exhibition talk to me. No words just the cover!

I know my meme, and it´s the memefest. For everyone not being familiar with memefest: it´s a worldwide, “more than g8 international” community of artists, critics, media theorists and wild folks making wild stuff. I feel very home with the people, because they work so hard to push non-commercial artwork and critical positions in public space. This year, SMSlingshot got massive feedback throughout the memefest friendly competition and was exhibited in Nijmegens Oddstream festival and here in Berlin, just right around the corner in an empty fabric floor. Thanks Dejan, Alain, Rola and the rest of the crew for giving such warm and constructive feedback. Now the books arrived, beautiful as assumed. Here some pictures. 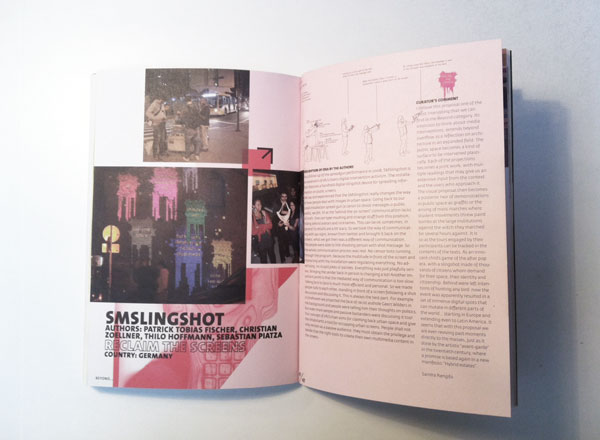 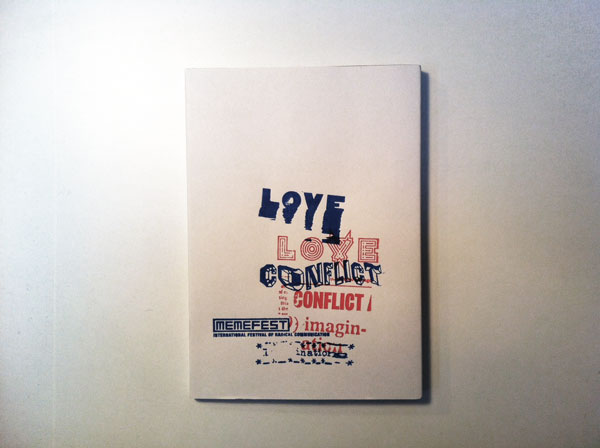 Die Gestalten Publishers released a book on private projects in public space and feature the SMSlingshot we realized as the VR/Urban team the last year. It´s cool to see how things evolve and an audience is appreciating our work. We are positioned right between GRL and Haque design+research, some of my all time heroes.  We want to thank Matthias Hübner, editor of the book how was a good partner in making it all so good in the end. Thanks man! Go and get the book: It´s very inspiring! 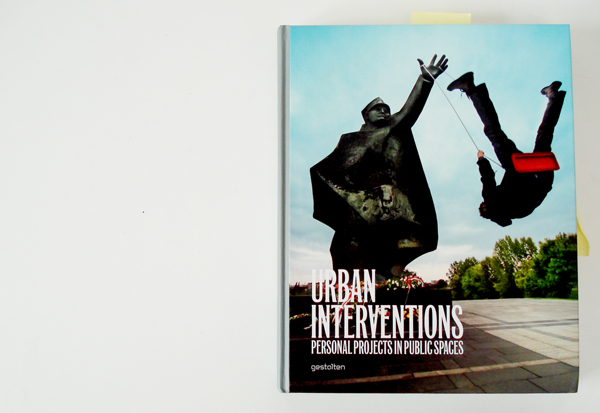 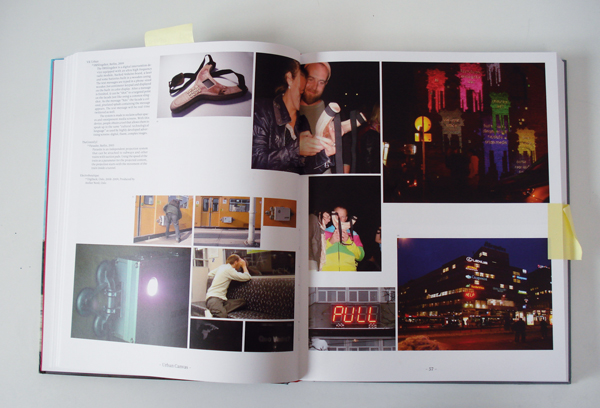 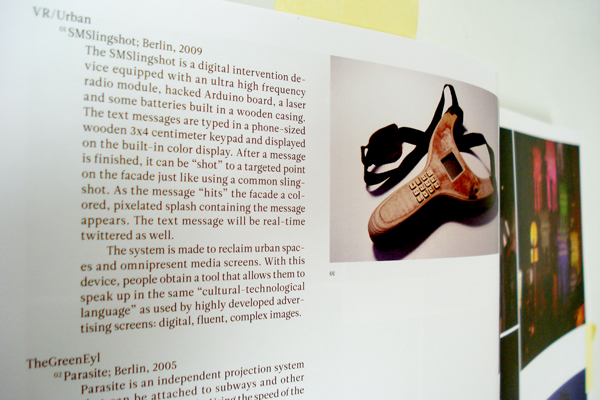