Here we go with the all all-encompassing road log from the year 2010. It was the first year of our world tour with the SMSlingshot. It took us to foreign shores and let us meet interesting people and see wonderful and inspiring projects. We started off at the M.I.T in Cambridge Massachussets where we attended the TEI conference and gave a talk on and about the SMSlingshot. We were proud to stand on that stage and have shown our work in the MediaLab. Thanks to Jean Baptiste Labrune for his moody images. 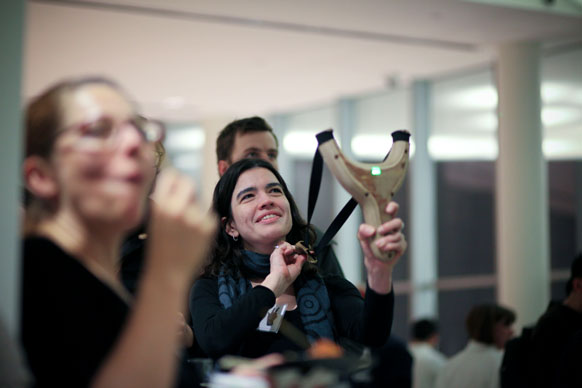 After that performance in the dignified halls of the MIT MediaLab, we went to Brazil to showcase the SMSlingshot during FILE festival in Sao Paulo. 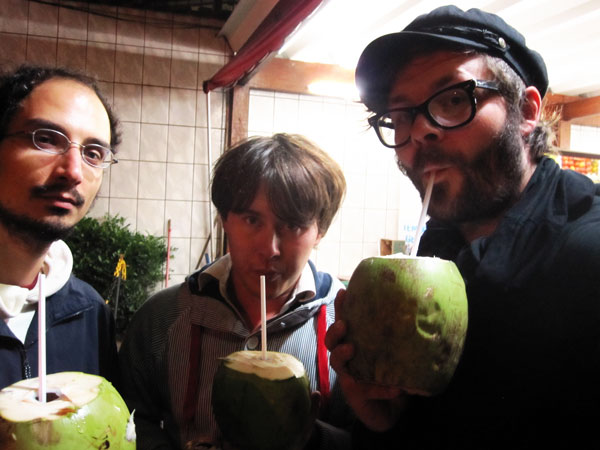 First: it was an amazing trip. We met so many new friends and saw even more interesting projects from all over the world that it´s hard to list everyone. FILE festival especially the awarded projects and the exhibited pieces at FIESP/SESI theatre are worth talking about. 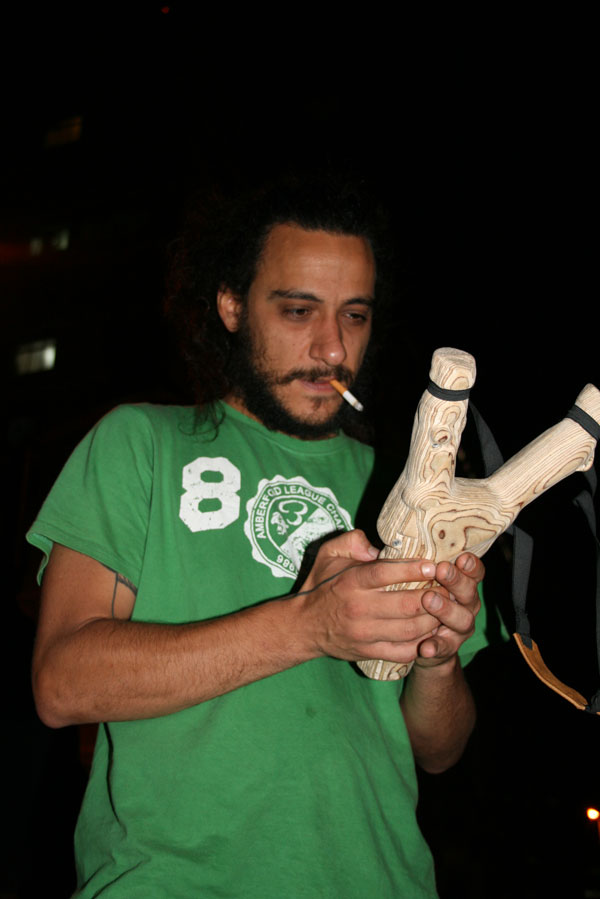 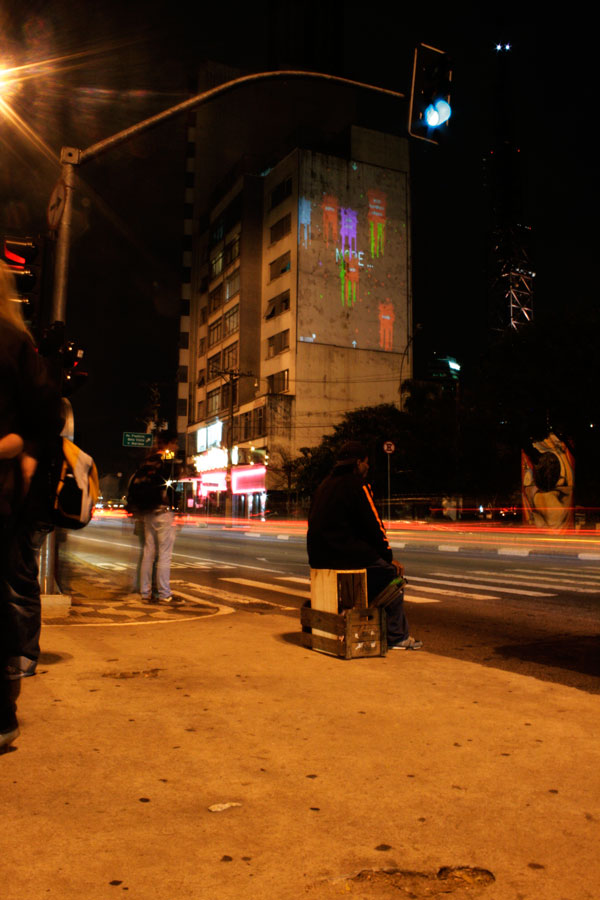 FILE festival was divided into a few parts: We´ve been part of Paulista Interactiva, a curated bunch of projects that deal with interactive art in public space and were shown along Paulista avenue, one of the big main streets in Sao Paulo. During three nights we took our equipment consisting of three SMSlingshots, a massive 15.000 AL projector, and our laptop with the little camera and modem and stuffed it into a little combi van. Then we built everything up in the street and the people reclaimed their surrounding facades. Thanks to Daniel for his support and help! We won´t forget! The people, and the festival curators aswell, loved the SMSlingshot and so got the third prize in the interactive art category at the FILE PRIX LUX awards. Thanks for that one! We are also featured in the festival reader which is a brick of a book containig also a dvd with our demo-video. 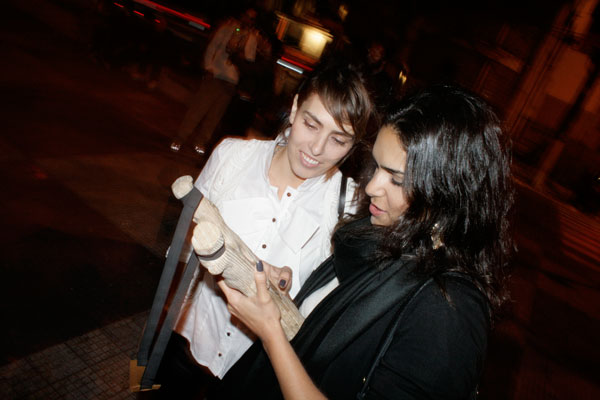 Because FILE is more then just showing cool projects, we got the opportunity to give a talk during the symposium. The first time we declared the “act on hybrid estates”, our manifest for free access to public images. It was well appreciated and will be translated in portugues soon and published in shortened german version in the next weave magazine. 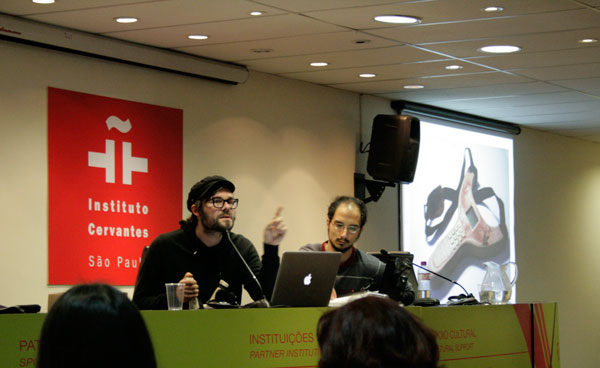 Finally we want to thank Gabrielle for the support, Daniel for the portugues training and the technical assistance, The whole FILE festival crew for making it possible to come over 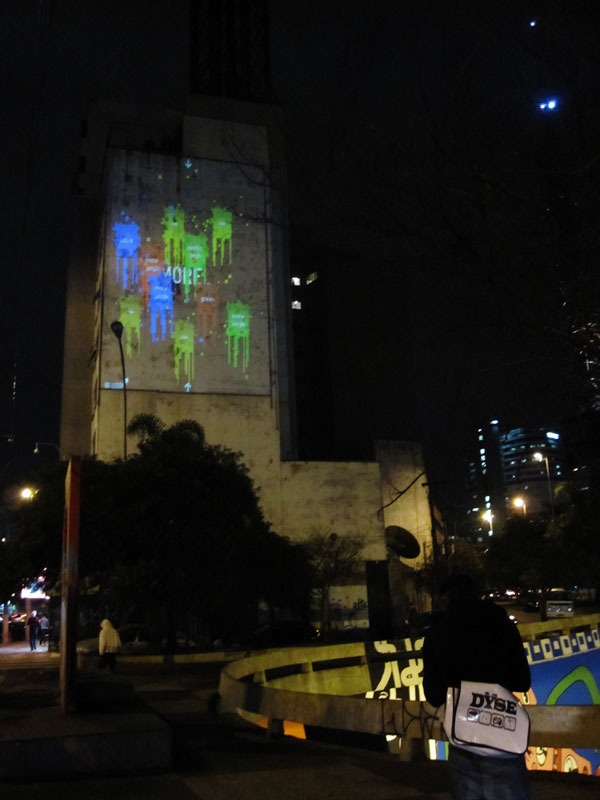 A bit later that year we went for a short but very intense and inspiring trip from Madrid. We had the opportunity to show the SMSlingshot during the white nights festival at the MediaLab Prado. It was the first time we used the new graphic engine and a LED facade as hardware. What to say?! It worked out very smoothly, no problems and the people enjoyed the performance very much. By far the best message that have been shot during the whole project. Thanks madrid, espacially carles, daniel, monica and nerea for making it possible! 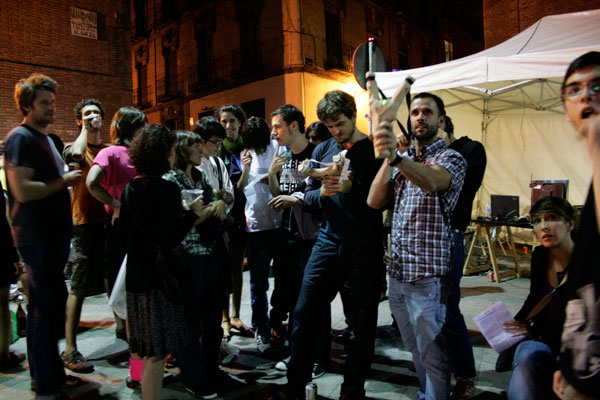 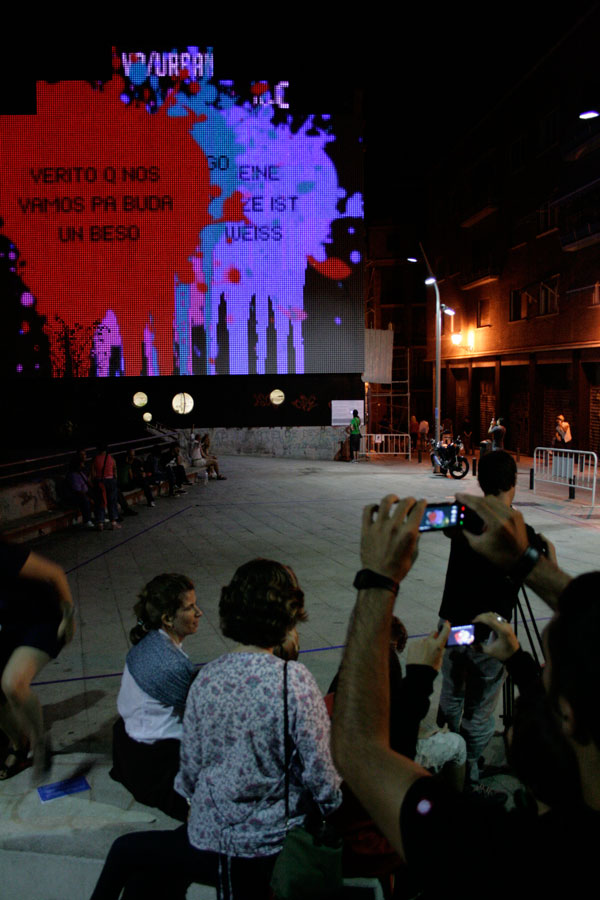 After that we´ve been invited by Amnesty International to show the SMSlingshot at the Museumsquartier in Vienna. The occasion (Day of death penalty) was less delectable than the fact that a lot of people haved used their voice against capital punishment and death by right. We used background illustrations for the first time to better trigger a discourse in front of the facade and by this on the facade. There are also videos available: here and here. 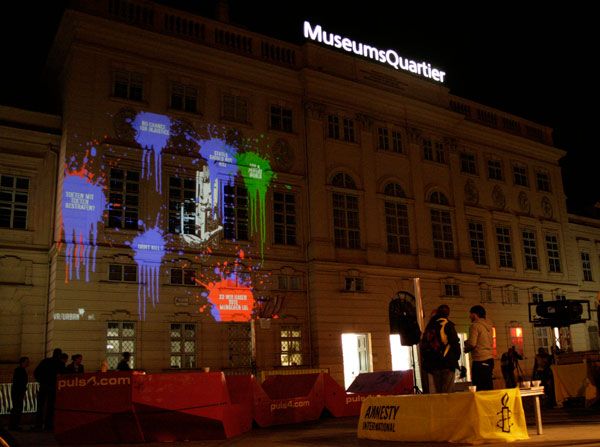 Somehow the thing went off. We never thought it would have become that much shows in a row. We accompanied the SMSlingshot again through europe, starting in Palma de Mallorcas Contemporary Art Museum, where we showcased our work and held a talk about our “Act on hybrid Estates”. The talk was extended with a short summary of the design process of the SMSlingshot. Pau Waelder held the introduction showing some very interesting, and some well known projects of digital art in public space. His resulting article can be seen here. The performance in the museum yard was a total success – no bugs, no breaks, no hassles. The people gave and explained the SMSlingshots each other during the evening. 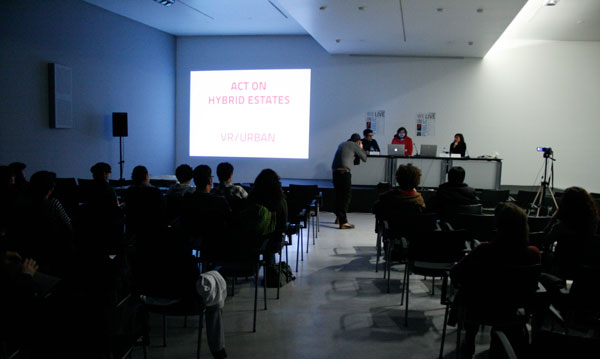 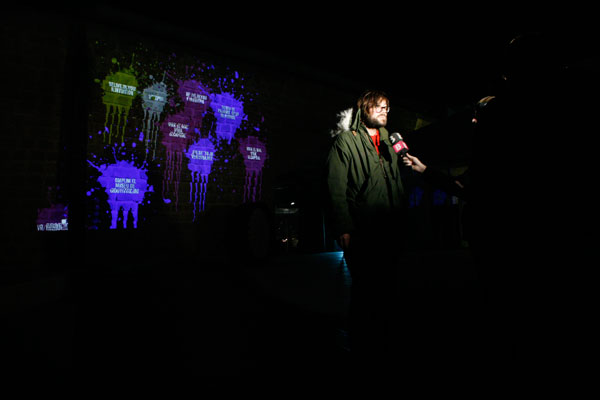 After these two sunny days we left Palma and headed to Eindhovens STRP festival, to let the people explore our concept “reclaim the screens” there. This annual festival is absolutely stunning. We never been exhibited in so high class neighbourhood. WORM collective was there, Fur Art, Chris Cunningham, onedotzero and Lawrence Malstaff. Wow. We showcased for three nights in the entrance area and let the people give their comments on the Geert Wilders racist a**hole. This worked well and the idea of bringing the discussion back to the people worked really well. And, not without, we held a talk on the Pubic Art Panel, mainly speaking about the making and the background of the SMSlingshot. 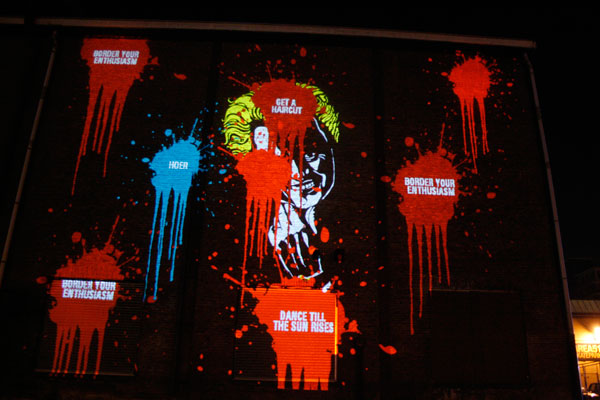 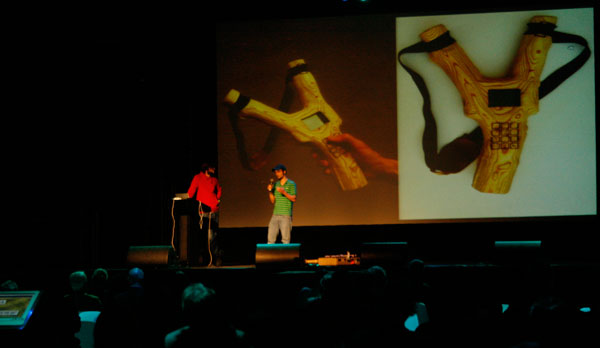