The SMSlingshot was a great success. We travelled around the whole globe, showcased and exhibited in well known galleries, big museums and little art fairs. To get a brief overview, we recommend this little video.

Because of the increased commercial interest of paving public space with digital advertising screens the need for an accessibel intervention devices seemed obvious and necessary. The wish and habit to comment (tag) the surrounding world is also an ancient and still vivant phenomena we try to preserve. Our concept of VR/Urban aims for claiming back urban space and and give the inhabitants a tool for occupiing urban screens. People shall not only remain as a passive audience, they must obtain the privilege and beside that the right tools to create their own multimedia content in the streets. The more and more mushrooming media facades, LED supplied walls and huge projections are interesting and worthy technical innovations for the people, but in contrast to the old fashioned posters in the streets, it is nearly impossible to create own content for these facades or even hang up your digital video. 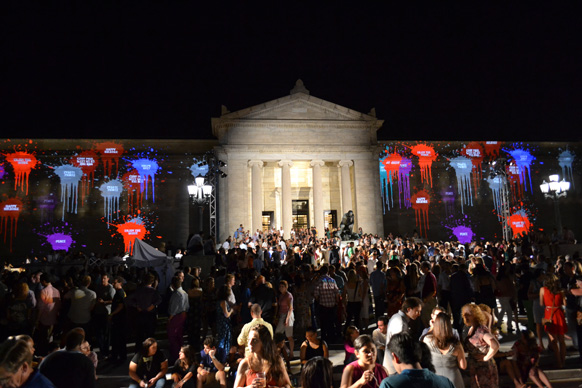 The SMSlingshot is an autonom working device, equipped with an ultra-high frequency radio, hacked arduino board, laser and batteries. Text messages can be typed on a phone-sized wooden keypad which is integrated in the also wooden slingshot. After the message is finished, the user can aim on a media facade and send/shoot the message straight to the targeted point. It will then appear as a colored splash with the message written within. The text message will also be real-time twittered – just in case. 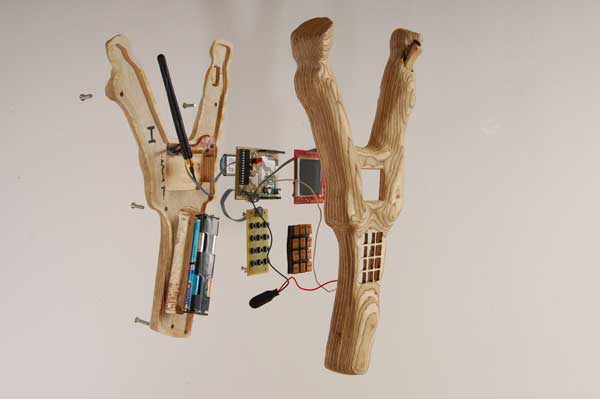 First we 3D-scanned branches from the woods, then modified them within CAD modelling software and finally milled them again in plywood and ashtree. 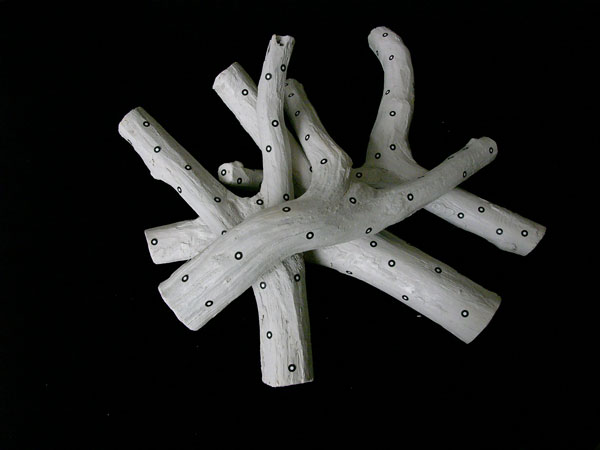 There are various versions and iterations, loads of prototypes and we now have 12 SMSlingshots ready to go. For presenting the work abroad we travel with only one suitcase that includes all necessary tools for occasionaly repairing, the tracking and modem system and some flyers and additional low tech hardware. We think it´s necessary to create installation that fit into regular plane luggage to be appliable all over the globe. 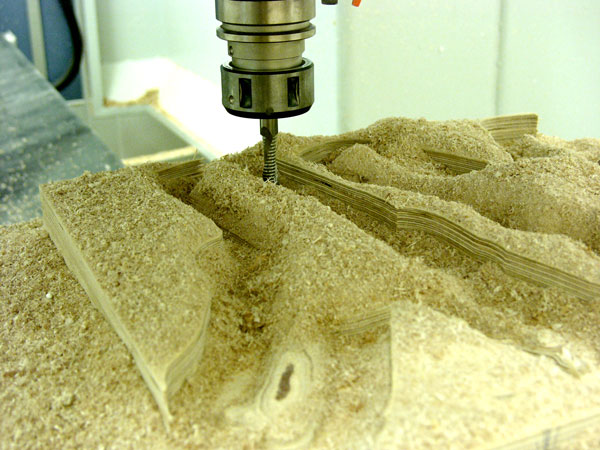 The SMSlingshot was first presented in autumn 2009 during the Balta Nakts festival at the contemporary art museum in Riga, capital of Latvia. It was created not originally by what is now THE CONSTITUTE, but by nearly the same crew of people that is working as free media art corrective called vr/urban. The aim of this art collective is to create new formats to push graffiti and public art into new spheres of digitality, augmented reality and neo situative art. The whole project is very good documented on our collectives website: www.vrurban.org. There you can download various images of the design process, explaining pdf files and soon the link to the open source library.

We did not and will not do any corporate events with the SMSlingshot. We strongly believe this object is made for public use, for free speech and against the power of pervasive advertising in urban space. 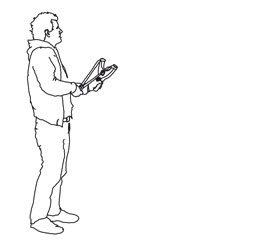 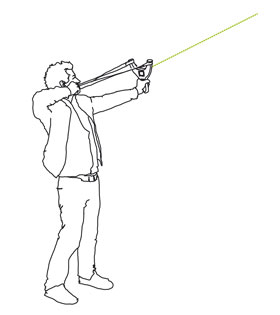 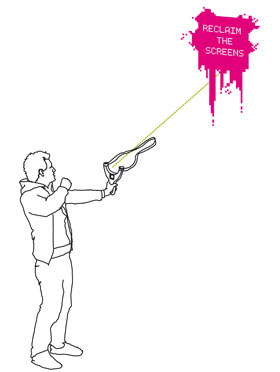