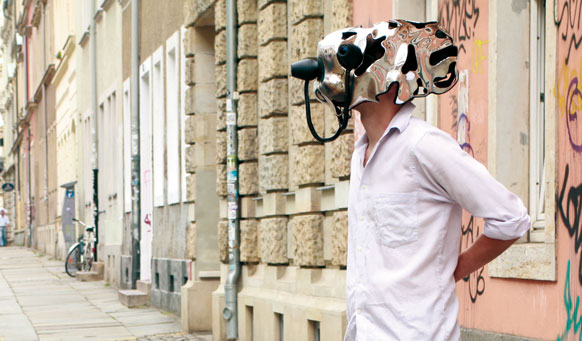 EYESECT is a wearable interactive installation that reflects an Out-of-Bodiment in an immersive way. By this it allows users to experience their environemts from new points of view. The world, as we perceive in reality and through media is aligned to binocular and stereoscopic vision of human beings. These omnipresent human-centristic perspectives and the critical debate about contemporary 3D Technology that only simulates real space and does not stimulate the lust for new and curiosity were the initial point from where the work on EYESECT began. The Question: “How do we not see” and the fascination for cybernetic – spirtual utopias, Science Fiction and bionic experiments lead to the development of one helmet device and two freely attachable camera eyes.

Coming from a deep examination of natural paradigms of visual perception and hyper-technological manifestos the idea for EYESECT helmet device came up. Two hendheld cameras capture the surroundings and stream the image data straight to the single eyes. The spatial perception is then constructed inside the human sensory system. Arms and fingers become eye-muscles and create impossible human-biological perspectives. External world will be designed in a new way and EYESECT critically requests the users with his or her visual/spatial customs and technologically augmented individualism.

The helmet device has an amorphic, broken and metal-coated surface. The eyes, in many cultures treasure of the soul are not where they are supposed to be. Users of the EYESECT look different, in both meanings. For themselves they experience space in a complete new visual manner and external beholders are not able to catch mimic or any facial expressions. What they see is a distorted reflection of themselves in their own environment. And that´s just a slightly idea of what happens inside the helmet. 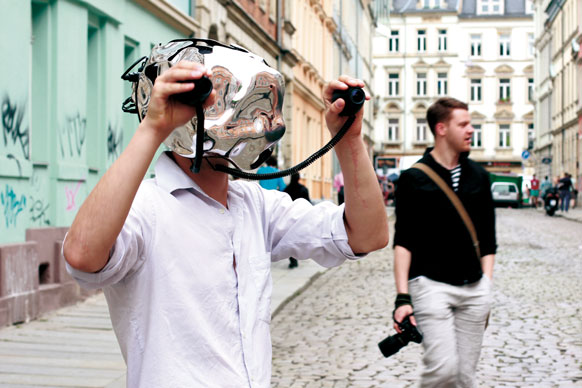 The whole process of creating the EYESECT was done in early 2013. We began scouting different phenomena of vision within all natural species and immediatly took off for making first prototypes to see how to attach things on the (fore)head. Dealing with electronics and high weights required a lot of testing. These ergonomic studies were also necessary for the camera devices, because we wanted the arm and fingertips to become new sensory muscels for the vision senses. All smaller parts have been 3D printed within our studio or outside and surface-finished for a more detailed grip and feeling. 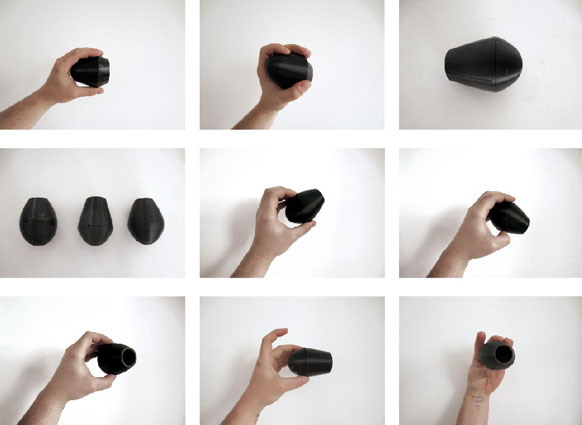 The helmet device is made out of layered resin based on a clay mock up that again is based on a human skull made out of plaster that was casted from Sebastians head. While testing we regognized that an open shape is much more comfortable to wear, because the sensual impression is quite demanding and the feeling of being trapped in someone elses head can come quite easily. Can be good, but can also be a bit too much. The resinified shape was polished, freely perforated and metal coated to achieve a mirror effect on the outside. 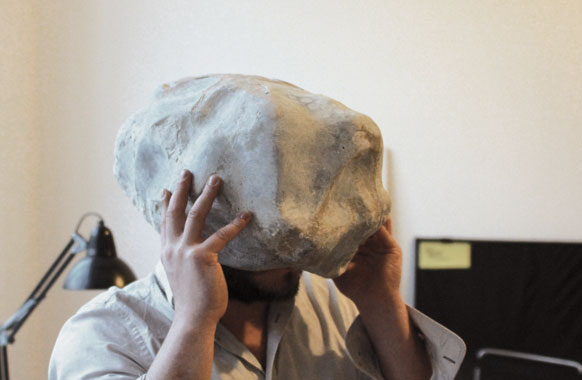 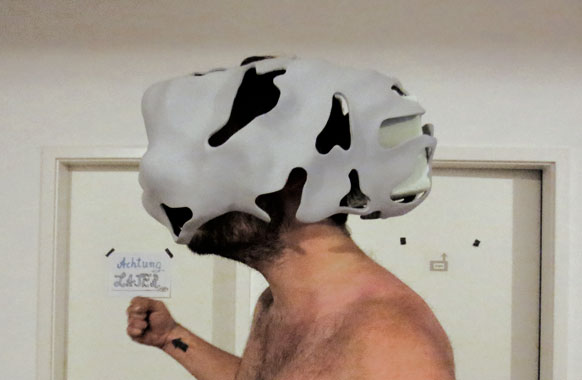 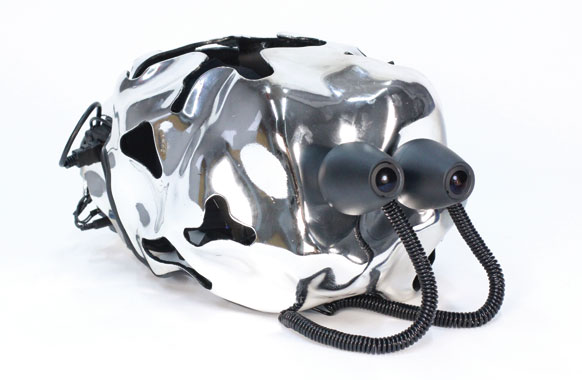 The technical inserts were researched and tested through out the whole design process. All components, such as micro PC, battery, hardrive and cameras are safely cased in specially designed and 3D printed boxes inside the helmet. In this first prototype a few cables are still visible what is also slightly intended to give it all a bit of a cyborgish look. It is possible to stream out the captures image from the helmet to an external screen. 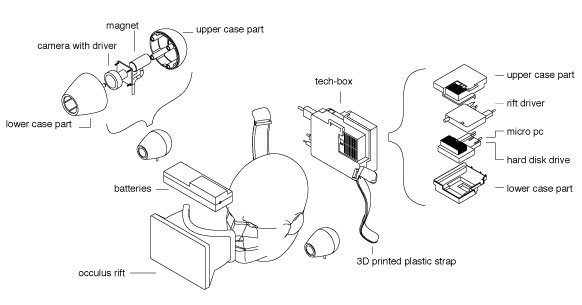 Sebastian Piatza was honoured to realize the project within an artist in residence funding from the official art and science department from the german city Dresden. In the period from march until september 2013 we will make this system robust, appliable in gallery and festival contextes and first of much more beautiful and wire less. This fundin gives us the opportunity to give the project a poetic value and the time to finish it properly 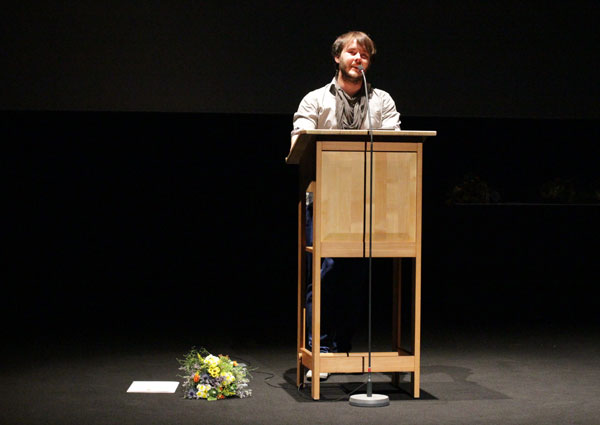