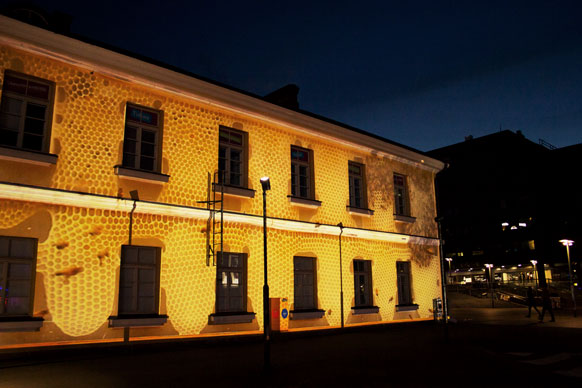 With the Human Beeing project we put the focus on bees and their role in our urban and ecologic system. Our aim is to create an environment that displays the importance of bees not by teaching and preaching but through visual aesthetics. Bees do great stuff. They polinate our fields, they make honey. And they are not dangerous. More they are endangered. Through the loss of bees in the everyday environment people start to be afraid of them, mistake them with hornets or wasps. The Human Beeing project shows the harmless character, the busy activities and the ability to construct complex hive structures. We captured videos of a hive beeing built according to a real and given facade and project these movies edited back on that original facade. So we have scaled up bees crawling over urban facades, rebuilding it with honey combs. The original material was captured over a time span of 2 month and edited into a 90 minute, no time lapse, loop.

For us personally the project was a first attempt to keep out of these technological hassles that always come up with our works. So we swapped them with more natural and by this real problems. A great experience. The project will go on for several years. More cities, more bees.

BEES AND THE PROCESS 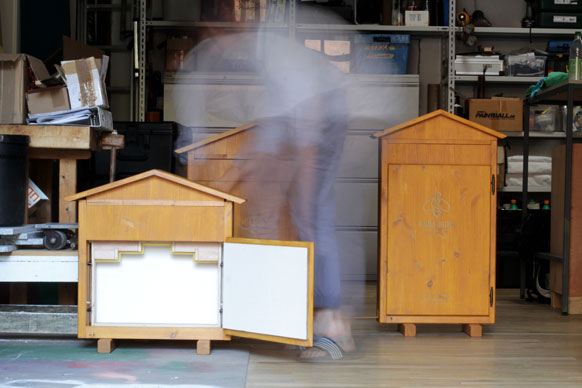 For the project we digged ourselves deeply into beekeeping. We got a lot of help from various german and international beekeepers and learned a lot about how to construct hives that are a bit out of the regular. A lot of errors in the beginning, a lot of bees everywhere. But soon we managed to construct everything right for the best comfort for the bees and the best possibility of filming and mapping. All the hives, we built them for Liverpool, Berlin, Helsinki and Madrid, have exact proportions that fit the orginal facades in the cities. So for example the Helsinki hive is much wider than the Liverpool one. One-off-business. After all the hives have been made we travelled to the cities and set the hives up on site. Because we want it to be a participative project, we asked local schools, guerilla gardening groups or cultural associations to link up with local beekeepers to take care of the bees together. 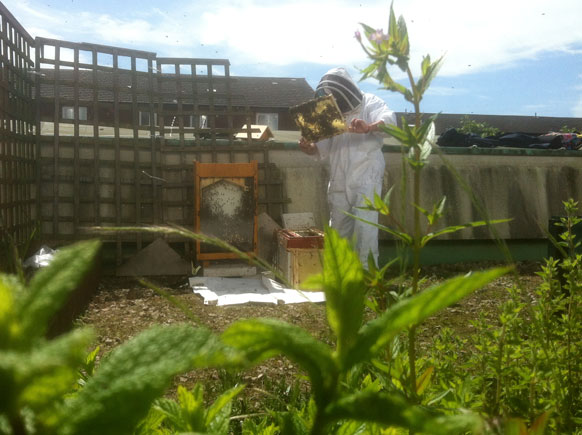 Except for the Berlin hive, the local activistists also did the filming of the hive. We used special anti reflecting glass to get the bees visualised properly. For better and clearer results we used lights with CTB sheets. Because the lights disturb the bees a bit, we had to be quick with all the recordings. 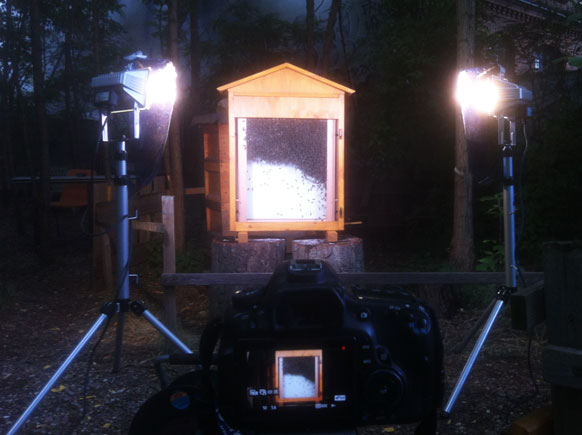 Though all the hives have been built according to architectural plans, still various things had to be adjusted in the post production and on site. Windows have been moved, the workers were crossed eyed back then and the bees moved some things in the hives, too. Thanks to GarageCube we´ve been supplied with licences for Modul8 and Madmapper so we were able to bend certain areas until everything was fitting. We built some nice little mock up facades that gave us a first impression of how it can look in the cities later on. 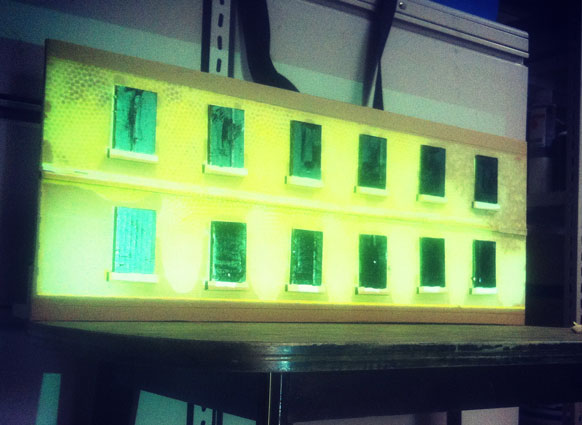 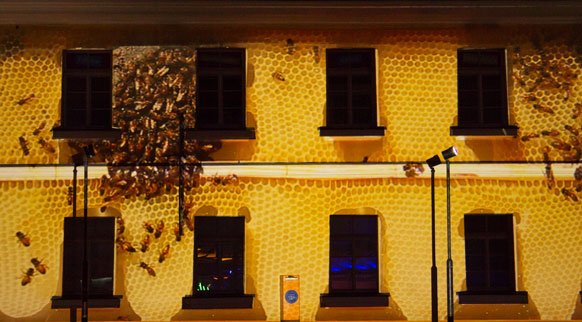 Also we integrated a hacked old spotlight that now could send MIDI to controll a scalable and movable spot light in the projection. It gives the installation an interactive touch and people can scan over the facade to search for the bees and the honeycomb structures. 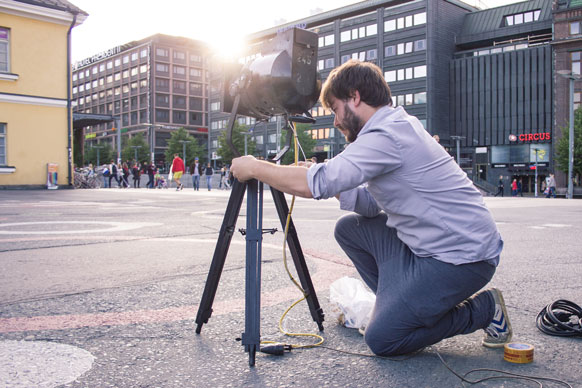 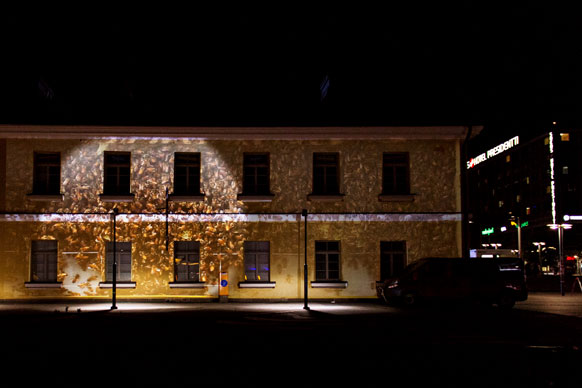 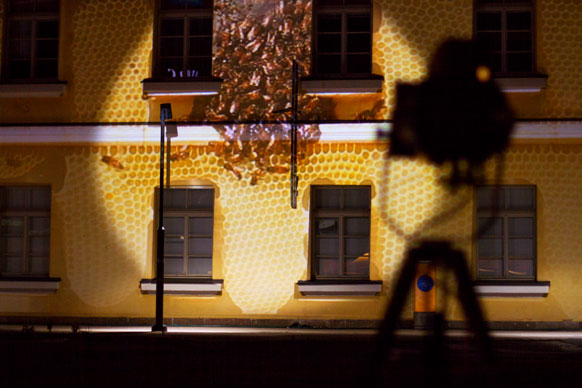 Human Beeing is realised in the frame of ‘Connecting Cities Network in cooperation with m-cult Helsinki, Medialab Prado and FACT Liverpool.