In February we gave a 3-Day workshop on facade projection. The 15 participating kids were in the age of 14-18 years and had the task to either create a device-controlled flipper machine or to set up a playful, dynamic, analogue made clip on the facade of the school we did the workshop in. 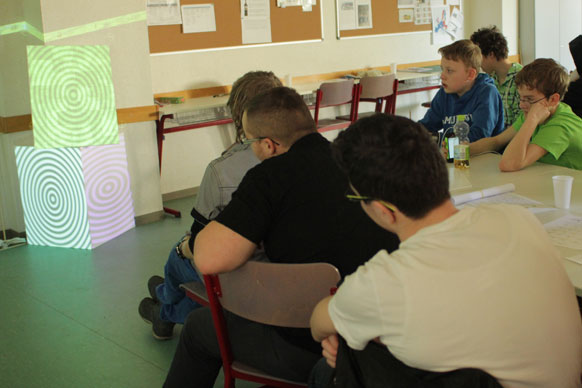 To kick off the days we gave a little insight into projection-techniques, keystones, mapping and filming. It was interesting to see the kids get hooked on all the possibilites they have with their computers beyond facebook and youtube. After that excursion in theory and knowledge basics all of us started off in two groups. The flipper group immediatly started to explore the emulated game and sketched out first controller prototypes. For these devices we used the Makey Makey platform that can turn every capacitive material into an activator. The other group started to built a miniature facade of the house. With this as a playground they were able to experiment different analogue graphics. From balls bouncing around on it, to timelapsed paper movements. 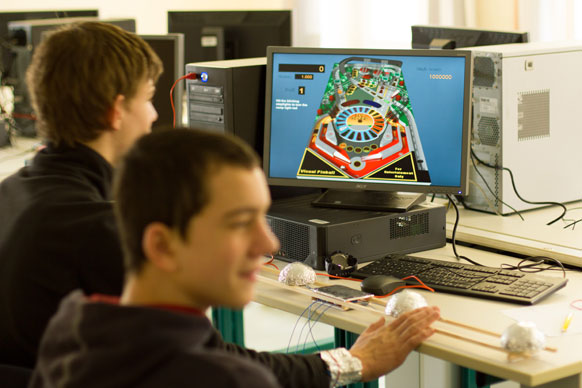 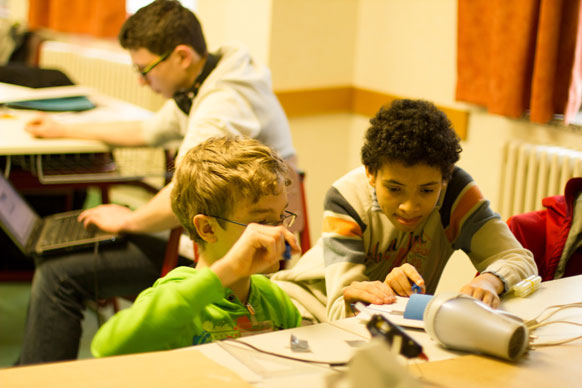 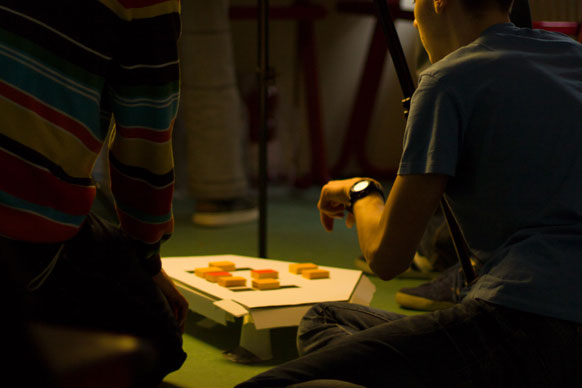 Over the next days all of the participants evolved their ideas, made variations, tryed and errored around until there was something glorious to present. It was nice to see how everybody adopted the technologies, found his or her field of interested and worked out the skills on it. The last night we presented the results on the facade. For that we got a proper projector, invited the parents, neighbours and local creatives for whitnessing the kids phantasy and creativity elaborated the last 3 days. Thanks to Sabine Fekete and Jörg Schönfelder. 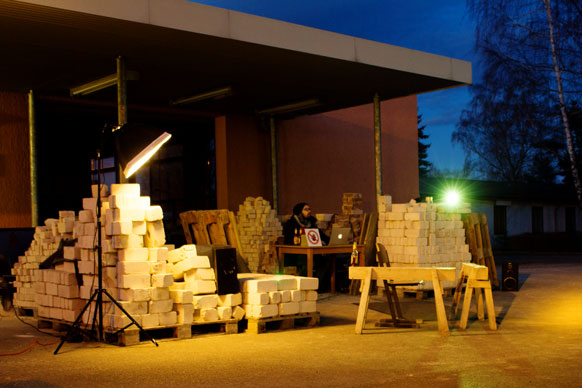 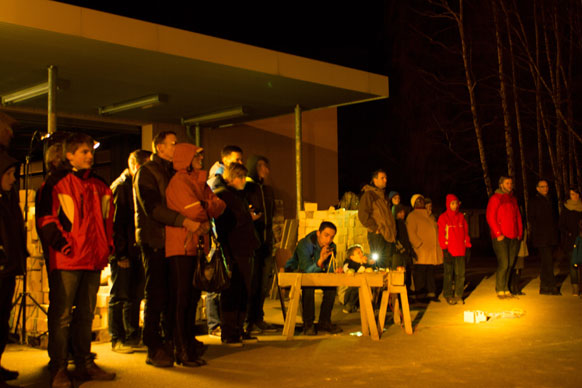 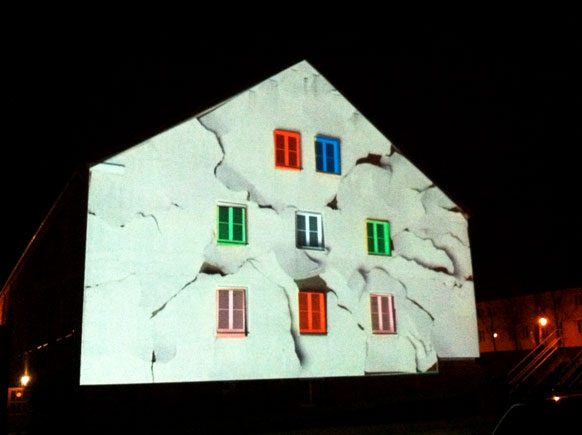